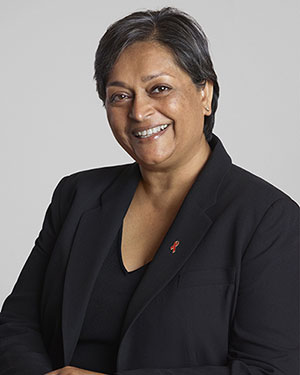 She holds Professorships in Clinical Epidemiology at the Mailman School of Public Health, Columbia University, USA and in Public Health at the Nelson R Mandela School of Medicine, University of KwaZulu-Natal in South Africa. She is also a visiting scientist at Massachusetts General Hospital and Visiting Lecturer at Harvard University. Since 1998 she has played a central role in building the science base in southern Africa through the Columbia University - Southern African Fogarty AIDS International Training and Research Programme that has trained over 600 scientists in southern Africa.

She was the Principal Investigator of the landmark CAPRISA 004 tenofovir gel trial which provided proof of concept for Microbicides, highlighted by Science as one of the Top 10 scientific breakthroughs in 2010. Professor Abdool Karim’s has over 170 peer reviewed publications and has authored several books and book chapters.

Director and Professor for Global Health Department of Epidemiology, Centre for the AIDS Programme of Research in South  Africa (CAPRISA), Pro Vice-Chancellor (Research), University of KwaZulu-Natal 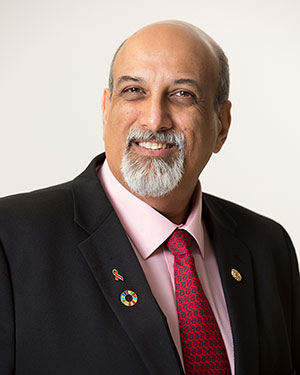 His contributions to microbicides for HIV prevention spans two decades and culminated in the CAPRISA 004 tenofovir gel trial which provided proof-of-concept that antiretroviral drugs can prevent sexually transmitted HIV infection and herpes simplex virus type 2 in women. He is co-inventor on patents which have been used in several HIV vaccine candidates and his clinical research on TB-HIV treatment has shaped international guidelines on the clinical management of co-infected patients. 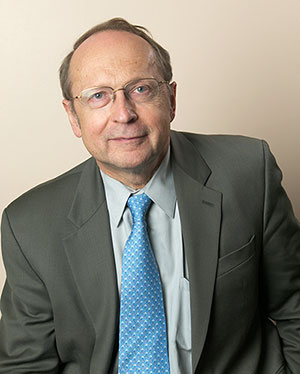 Dr. Peter Palese is a Professor of Microbiology and Medicine, and the Chair of the Department of Microbiology at the Icahn School of Medicine at Mount Sinai. His research is in the area of RNA-containing viruses with a special emphasis on influenza viruses. He established the first genetic map for influenza A, B, and C viruses, identified the function of several viral genes, and defined the mechanism of neuraminidase inhibitors (which are now FDA-approved antivirals). He was also a pioneer in the field of reverse genetics for negative strand RNA viruses. His laboratory’s research is currently focused on the development of a universal influenza virus vaccine and oncolytic viruses.

Dr. Palese serves on the editorial board for the Proceedings of the National Academy of Sciences and is a former president of the Harvey Society and the American Society for Virology.

Select an award to see a list of recipients from previous years.

2010 Michele LaPlaca, MD, Institute of Microbiology of the University of Bologna, Bologna, Italy