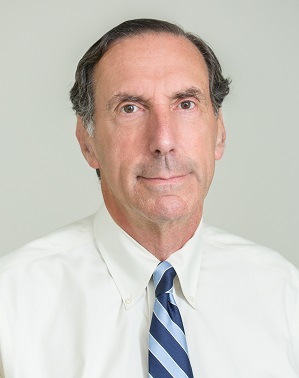 Henry Masur, MD is the Chief of Critical Care Medicine Department at the NIH Clinical Center. He trained in infectious diseases at Cornell-New York Hospital. In the early 1980’s he recognized some of the first patients with HIV infection, and initiated a program in New York that described the emerging manifestation of AIDS. In 1982 he was recruited to join the Critical Care Medicine Department at the NIH-Clinical Center. He built a multidisciplinary group that focused on understanding the pathogenesis and natural history of HIV-related opportunistic infections including pneumocystis, CMV, Mycobacterium avium complex, and Cryptococcus. His team did initial studies on new diagnostics and new therapeutic agents for these organisms that form the basis of diagnostic, therapeutic, and preventive management strategies that are still in use.

At NIH, his group was able to determine that pneumocystis was a fungus rather than a protozoa, they were able to develop the diagnostic immunofluorescent test still in use in most laboratories, they did early work on PCR diagnostics, and they sequenced the human, mouse and rate pneumocystis in order to understand the unique characteristics of this organism and how to develop new therapeutic and preventive strategies.

Recognizing that practicing physicians had a difficult time keeping up with new developments in this rapidly emerging field, Dr. Masur initiated the first NIH sponsored guideline related to AIDS management, with a focus on opportunistic infections. This guideline became a model for subsequent NIH or HHS sponsored guidelines on antiretroviral therapy, and pediatric and neonatal management. Each year there are over 1.5 million page views of these documents which serve as a global gold standard for clinical care.

Dr. Masur has been active in other fields including the management of infections in the ICU. He was Chair of the FDA Advisory Panel on Antiviral Drugs for over 10 years. He has been President, Infectious Disease Society of America.

In 2006 he worked with Anthony Fauci and Carl Dieffenbach of NIAID, and Alan Greenberg of the George Washington University School of Public Health and Health Policy, to develop a unique partnership, the DC Partnership for AIDS Progress, between NIH and the District of Columbia Department of Public Health to create a model in the District of Columbia on how urban areas in the US could more effectively deal with the HIV epidemic. That program now includes the nation’s largest urban HIV cohort, with almost 10,000 patients, and a clinical program focusing on HIV comorbidities and implementation strategies to increase ART and PREP adherence. In a cooperative agreement with the University of Maryland and IHV, this partnership has been a national leader in developing directly acting agents for HCV. Dr Masur serves as Co-Chair of the first IDSA-AASLD guidelines committee for management of HCV. 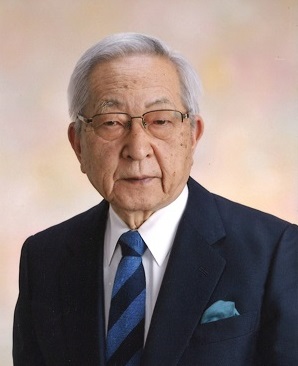 Kiyoshi Takatsuki, MD, PhD, Professor Emeritus of the Kumamoto University, is a hematologist whose research primarily focused on Adult T-cell leukemia (ATL), a T-cell malignancy caused by Human T-cell Leukemia Virus (HTLV)-1.  Dr. Takatsuki graduated from the Kyoto University Medical School, and studied multiple myeloma there in the days when the word "Immunoglobulin" was not yet in use.  Around 1973, Dr. Takatsuki and co-workers noticed a peculiar type of leukemia which was seen with patients from South-Western part (Kyushu and Okinawa) of Japan. The leukemic cells from these patients show special indentation or lobulation of cellular nuclei.  Dr. Takatsuki's group later proved that that these leukemic cells are of T-cell origin.  In 1977, Dr. Takatsuki and co-workers made a seminal report that this is a new clinical disease and named it as ATL.

The discovery of ATL by Dr. Takatsuki's group had rippling effects on numerous fields of medical biology, oncology, virology and unexpectedly, neurology as HTLV-1 was later shown to cause HAM/TSP (HTLV-1 associated myelopathy/Tropical spastic paraparesis), a progressive and paralytic neurological disorder. Above all, it led to the discovery of the first human oncogenic retrovirus by Dr. Robert Gallo's group at the NCI in 1980.  Independently, a Japanese group led by Dr. Yorio Hinuma identified a new type C retrovirus (1981) from an ATL cell line. Subsequent studies confirmed that these two viruses were identical, which is now known as the Human T-cell leukemia Virus-1 (HTLV-1).

Dr. Takatsuki's group continued extensive clinical and basic research on ATL and HTLV-1. They defined the clinical classification of ATL, elucidated mechanism of oncogenesis, and developed new diagnostic methodology and new treatments.  In particular, Takatsuki and his colleagues studied nearly 200 ATL patients in Kyushu, Japan (median age 55) and established the clinical features associated with this disease; lymph node enlargement, hepatomegaly, splenomegaly, and skin lesions.  Skin lesions including papules, erythema, and nodules are often associated with ATL patients as ATL cells densely infiltrate the dermis and epidermis to form Pautrier's microabscesses.  In addition, they found the association of hypercalcemia with 72% of ATL patients.  They also discovered the familial occurrence of ATL (which prompted virologists to search for the causing virus).  Later, Dr. Takatsuki and others elucidated the three routes of HTLV-1 transmission all of which require the passage of virus-infected cells. One major mode of transmission is from mothers to newborns through breast feeding.  In addition, the research by Takatsuki and others reported the sexual transmission of HTLV-1 predominantly from males to females, and transmission through blood transfusion.

Dr. Takatsuki has also mentored many young medical researchers who have now become leaders of the HTLV-1/ATL research field.

Dr. Takatsuki has authored and co-authored more than 420 publications.  Because of these outstanding scientific accomplishments, Dr. Takatsuki received numerous prestigious awards including the Princess Takamatsu Cancer Foundation Prize (1984, Tokyo), Hammer Prize (1985, Los Angeles), and the Person of Cultural Merit by the Japanese Government (1995).

Select an award to see a list of recipients from previous years.

2010 Michele LaPlaca, MD, Institute of Microbiology of the University of Bologna, Bologna, Italy