The Division of Clinical Care and Research was established in 1996 during the founding of Institute of Human Virology (IHV). Initially, the Division’s major research focus was on developing an HIV treatment and establishing the Clinical Research Unit, which participated in the early phase 1 and 2 clinical trials of multiple antiretrovirals and HIV vaccines, including FTC, Maraviroc, novel protease inhibitors, adenovector HIV treatment vaccines, and new combinations of drugs to overcome resistance. The Division further set-up a humanized mouse model with a human immune system that could be infected by HIV to study therapeutics. The Division also participated in developing IHV’s own HIV preventative vaccine, the Full-Length Single Chain, which first went into a phase 1 human trial in 2015. The Division subsequently developed a robust hepatitis B and hepatitis C viruses research portfolio under Dr. Kottilil’s direction. 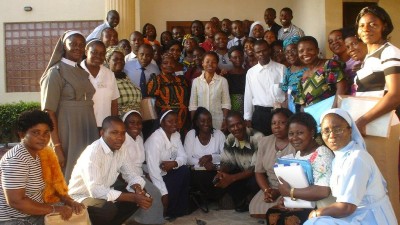 As early as 1999, the Division was working in international HIV treatment efforts by working with Malawi and Nigeria to submit the first successful Global AIDS Fund submission in the Africa region.

These actions led to extensive clinical and education developmental work in Namiete, Malawi, which trained the first clinical infectious disease fellows at St. Gabriel’s Hospital in 2000. That same year, a Centers for Disease Control and Prevention Technical Assistance grant launched the first extensive HIV training curriculum to teach physicians in Nigeria. The curriculum was also used for the first national HIV physician training in Trinidad. The Division continues to maintain a robust AIDS Education Training Center for the mid-Atlantic region. 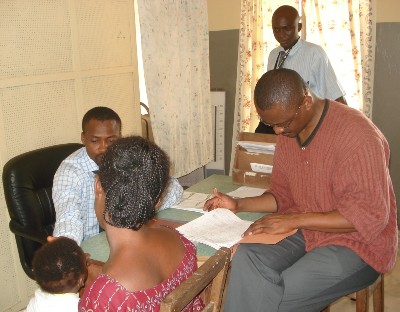 In early 2004, the Clinical Division partnered with several international organizations to form AIDSRelief, which was one of the original grant award recipients of the U.S. Presidents Emergency Plan for AIDS Relief (PEFAR). This represented one of the largest grants awarded to the University of Maryland. When the first PEPFAR programs launched in 2004, many people did not believe it was possible to deliver high-quality, sustainable HIV treatment in low-resource settings. Over the next nine years, Drs. Redfield and Amoroso, along with multiple U.S. and international faculty, exceeded all expectations, delivering HIV care and treatment to more than 700,000 people by establishing programs in nine African and Caribbean countries, including enrolling nearly 400,000 people on antiretroviral therapy.

These programs assisted hundreds of rural and urban medical clinics to provide comprehensive high-quality HIV care and treatment reaching over 1 million people and training several thousands of medical professionals. and the Division maintains ties with several international programs and African medical universities, including our ongoing training program at the University of Zambia Lusaka Teaching Hospital. In 2018, the Clinical Division’s International Programs became part of the IHV’s Center for International Health, Education and Biosecurity (Ciheb) Division under the leadership of Dr. Charurat. 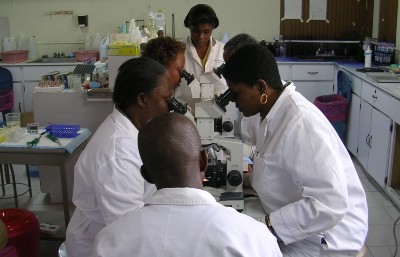 As for the Division’s hometown efforts, the Evelyn Jordan Center was established in 1995 at the University of Maryland Medical Center in West Baltimore to provide medical care to Baltimore residents with chronic viral diseases, such as HIV or hepatitis. The Evelyn Jordan Center was dedicated in the memory of a patient, who was a mother that contracted HIV when it was a fatal disease and died early at age 37. She was an inspiration to everyone who worked with at the UMB clinic where she received her HIV care until her death. Ms. Jordan changed people’s lives and how they cared for each other. Over the next decade, the Division established two additional clinical programs: 1) the JACQUES Initiative, established in 2003 and is named for Joe Jacques, a psychologist who helped establish the first HIV support group for Baltimore’s most vulnerable persons living with HIV and 2) the Family Health Center at Maryland General Hospital (now the University of Maryland Medical Center Midtown Campus). The faculty from the Division also develop and lead the highly successful HIV and hepatitis C programs at the Baltimore Veteran’s Administration Medical Center. At the HIV epidemic’s peak, the Division’s three clinics cared for over 5,000 patients. In 2017, the Evelyn Jordan Center, the JACQUES Initiative, and the Family Health Center merged to form the THRIVE clinic, now based at University of Maryland’s Mid Town Campus in West Baltimore.